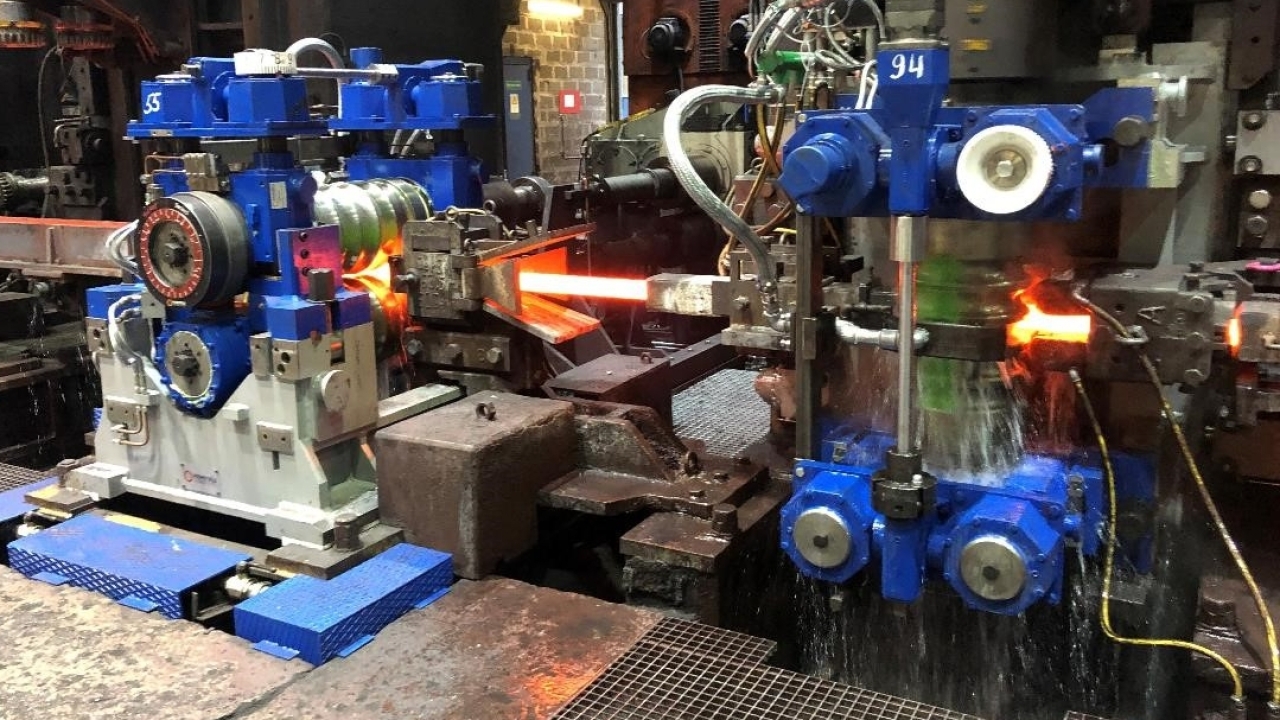 POMINI Long Rolling Mills is currently building a new bar rolling mill for Pak Steel, Pakistan, which will be installed in the Hattar Special Economic Zone (HSEZ), in Khyber Pakhthunkwa province. The new mill will enable Pak Steel to enlarge its footprint in the growing regional market of infrastructure projects. The mill will manufacture concrete reinforcement steel bars (rebars) with diameters ranging from 8 to 40 millimeters. The design capacity will be 450,000 metric tons per year. The billets will be directly charged in hot condition to the rolling mill, which will provide significant energy savings as well as higher metallic yield. The commissioning into operation of the mill is scheduled in the fourth quarter of 2022.

Since its original establishment in 1949 in Rawalpindi area, Pak Steel has been steadily growing to become one of the most prominent players of the Pakistani steel industry. Part of the family-owned Farid Holdings group, Pak Steel focuses on the manufacture of concrete reinforcement bars as well as on light structural profiles. With a current yearly production capacity of 200,000 metric tons, it is one of the leading brands and producers of rebars in Pakistan. This expansion of 450,000 metric tons will boost the yearly production capacity to 650,000 metric tons and will enable Pak Steel to meet the rapidly growing steel demand in the country. Farid Holdings is a diversified business group active in the areas of steel (billets, rebars, structural products), hospitality, real estate, construction, engineering and logistics.

The billets will be hot charged to the rolling mill, which will produce rebars with diameters ranging from 8 to 40 millimeters. In order to increase the productivity of the plant, bars with diameters between 10 and 12 millimeters will be rolled in two-slit mode, and those with diameter 8 millimeters in three-slit mode. The rolling line will consist of a 6-stand roughing train in VHVHHV arrangement, a 6-stand intermediate train in HVHVHV arrangement, and a 4-stand finishing train in HHHH arrangement. All the sixteen rolling stands will be housingless Red Ring Series 5. The maximum rolling rate is 75 tons per hour and the products will be finished at a maximum rolling speed of 13 meters per second.

High-speed rolling is made possible by advanced automation and results in high-quality steel finished bars which are more ductile and superior in strength, and in accordance with international standards including DIN, ASTM, BSI and JIS. The downstream hot dividing shear is equipped with an optimization system to maximize the utilization of the cooling bed and guarantee the pre-set number of commercial-length bar layers per bundle. The cooling bed is 54 meters long and 8 meters wide, with the future expansion possible to a total length of 66 m. A cold static dividing shear handles the cutting of the rolled bars to the final commercial length, and it will be followed by the handling area with automatic bundling, tying, weighing and labeling of bundles. The scope of supply also includes fluid systems and operational parts, such as stand-by Red Ring stands, guides and roll shop equipment. In addition, POMINI Long Rolling Mills will provide advisory services for erection and commissioning.

Red Ring is a registered trademark of POMINI Long Rolling Mills in some countries.

Housingless Red Ring Series 5 rolling stands by POMINI Long Rolling Mills. Sixteen of these stands will be installed in the new rolling mill for rebars supplied to Pak Steel.